This is a legacy tabletop roleplaying game about death and what you leave behind.

In the secret world, you live only for ten years after your fall.

There will never be anyone else from the upside, other than you and your companions, during your remaining lifetime.

The only thing you can do is leave marks behind. When your favorite necklace breaks, it sings a sad song, echoing forever in the wind. When your best friend dies, you leave a letter to them buried beneath a rock.

Three sessions from now, another group of characters - maybe, probably played by another group of players, find that letter, and hear that song. Because of the Babel effect, they will understand what your character said, even if they come from a civilization 3000 years from now.

What will they piece together of your story? Of all the stories that happened before them? And what will become of them, in turn, when they die?

When you reach year 10, die. When your death clock reaches 6, die.

When you die, leave a mark on the world, forever and ever.

And let the stones tell of the ones who fell.

Powered by the Apocalypse.

Inspired by Thousand Year Old Vampire, Apocalypse World, Utopia Engine games, Robinson Crusoë (the boardgame), Pyre, Grant Howitt's games (especially that one game made with Jay Dragon that I haven't read, except that it was legacy and about people underground), John Harper (and his super evocative narrative design), the dream of a crafting game, and a lot of stuff that turned into compost in my head and I'd have a hard time to entangle.

Also inspired by a brainstorming involving Tanguy, Baptiste and Vitia.

Legacy games come from the tabletop games design circles, as seen in Pandemic Legacy or Gloomhaven.

The idea is to have a living, physical game, that you'll transform as you play. In legacy boardgames, you destroy cards, write on them, write on the game board, apply stickers to components...

Here, you're supposed to create one secret world, and every game you play with your copy happens within it! And so your players will always be finding stuff from previous sessions, even if they involved entirely different players. And that's the fun part!

If you actually like it and want more, leave a comment as a mark on my world, so I can remember you forever and ever. Maybe check out my other weird shit.

Download
How the stones tell of the ones who fell.pdf 1 MB 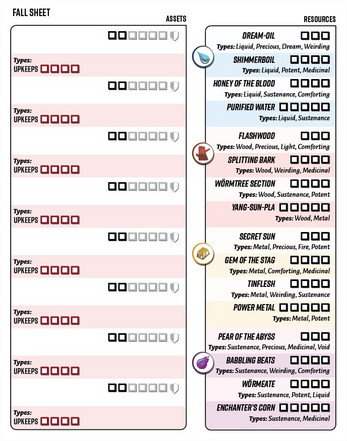 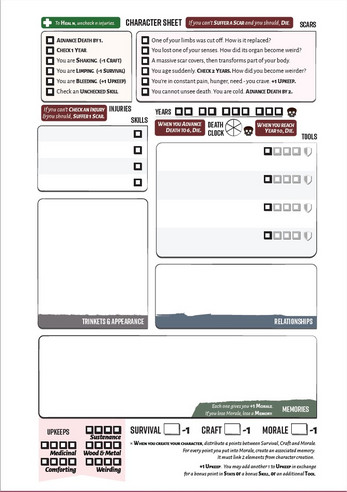